Inicio › About us › Headquarters

The building “Cuartel de los Treinta y Tres” starts to be built in 1879, during the rule of Colonel Lorenzo Latorre, a period of great importance for Uruguay due to the implementation of public works as part of his policy of an overall modernization. Its name and authorization date, given in 1880 are captured in the frieze of the entablature.

The facilities of the previous “Cuartel Morales” were taken as basis, where shortly before the first School of Arts and Crafts of Uruguay. The building which would later be called “Cuartel Morales” already appeared on a blueprint made by Bartolomé Muñoz between 18 and 19 June 1813.

Stones from the ancient citadel, demolished in 1876, and from the Fort of San Felipe and Santiago were some of the materials used for the new construction. The military nature of the new headquarters was determined by its sober style and the simplicity of the building: a large quadrangle constructed around an Arms Square. The façade depicts a sober neoclassicism, with a large entrance gate, which coincides with the predominant architectural trends during those times.

Over the years, several reforms were undertaken. The first one to be documented was in 1919 and then in 1945, when the neighboring land which was intended for the 13th Infantry Battalion was bought. Towards 1950, other transformations were made to the building once the General Training Center for Reserve Officers (CGIOR, for its Spanish acronym) was set up: a new mess hall, large classrooms, places for studying and a gymnasium.

The end of its historical trajectory took place 23 years ago, as its value was recognized as a historical happening of our country and especially of our army. On 18th November 1975, it was declared under Resolution 1.941/975 as a National Historic Landmark. The building was being used by Military College No.1 “Col. Lorenzo Latorre.”

Units and Institutions which used these Headquarters 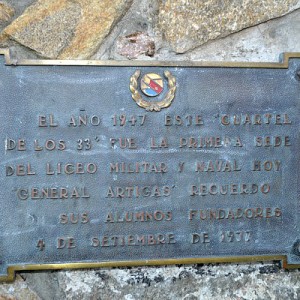 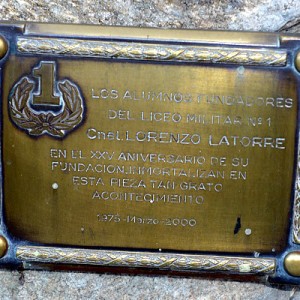