The United Nations Contingent Course – UNCOC was held at the National Peace Operations Training School of Uruguay (ENOPU) between October 30 and November 24.

The course was aimed at Officers who will command troops in the next rotation and will be part of the Uruguayan Contingent and Staff to be deployed in MONUSCO (The Democratic Republic of the Congo) next 2018.

A total of 51 students completed the course, among them there was 1 student from the Navy of the Federative Republic of Brazil.

The course trained the Officers in all the necessary aspects to carry out their task once deployed in the African country. Among the topics developed are: the legal framework, conduct and discipline, the role of women, CIMIC, MOU, COE, SEA, VIP Protection, among others. The course included a week dedicated to the Protection of Civilians, given the high relevance that this topic has being part of the MONUSCO Mandate.

The Course concluded with a day of practical exercises carried out in the grounds of the Infantry Brigade No. 1 and a series of complementary talks among which stand out: assessment of the Situation of the Mission Area by the National Army and the Uruguayan Air Force. 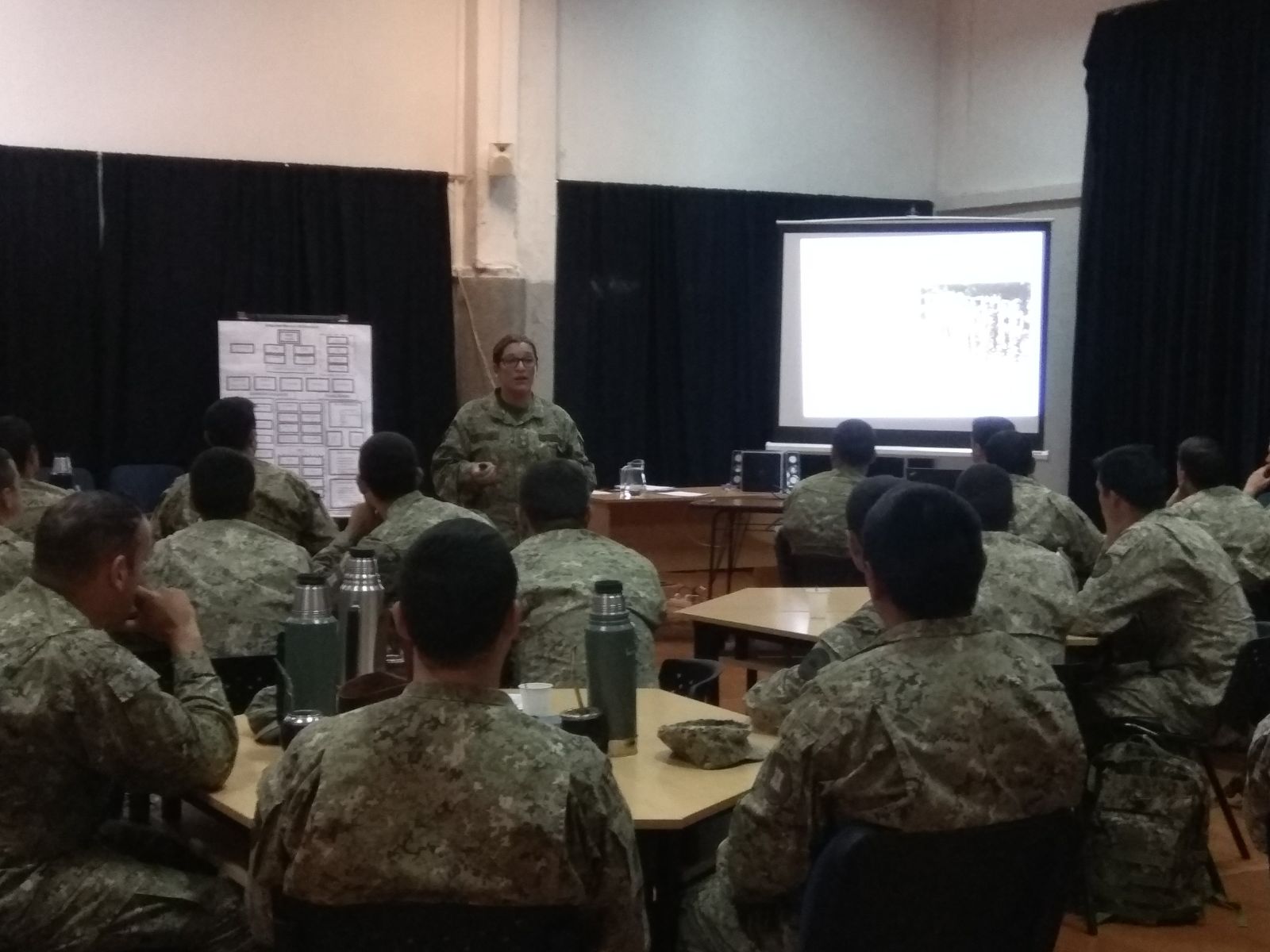 There were also English and French lessons being the latter in charge of Lt. Col. Antonio Ramos, belonging to the French Army currently serving in CAECOPAZ – Argentina. It’s necessary to highlight the presence of Ms. Angelina Vunge, author of the book “Angelina – The Footprints left by Angola”, instructor of sexual abuse and exploitation, and Mr. Eagonda Lontage Efuka, who trained them in cultural aspects of the Democratic Republic of the Congo.