On August 29, the National Peace Operations Training Institute of Uruguay (ENOPU) received the visit of Hon. Consul of the Republic of Suriname, Lic. Nelson Simatovich.

Said Diplomat was received by the Director of ENOPU, Colonel Niver Pereira and the Deputy Director of ENOPU Lieutenant Colonel Pablo Caubarrere, whom after welcoming him exposed the academic activities realized by this School, as well as statistics and experiences from Uruguay in Peacekeeping Missions.

Later, they realized a tour around the facilities and accommodations of the School. 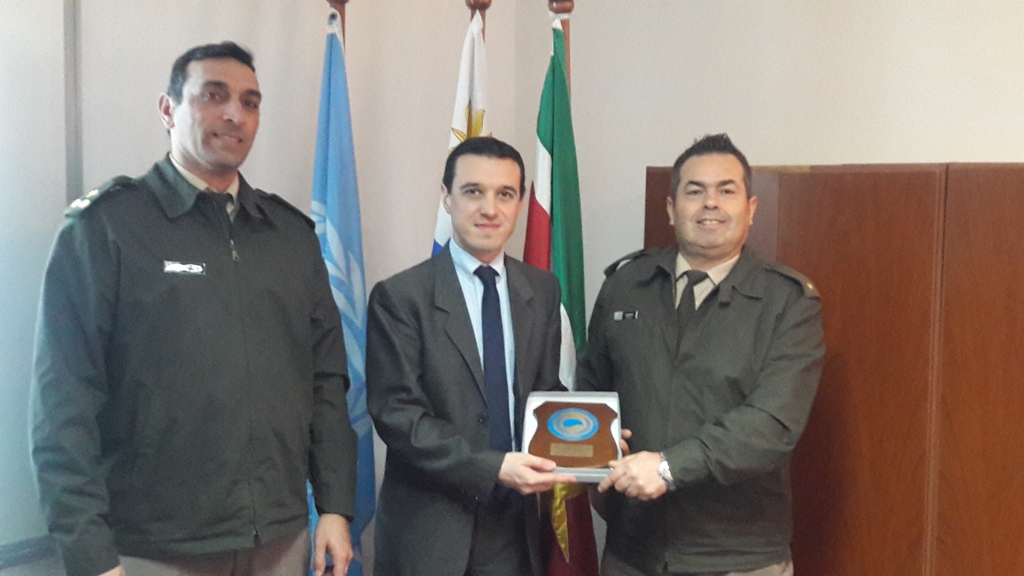