Inicio › News › The Seminar “Women, Peace, and Security” came to an end at ENOPU

As part of the activities of the National Peace Operations Training Institute of Uruguay (ENOPU for its Spanish acronym), on Friday 28 July the Seminar “Women, Peace, and Security” finished. 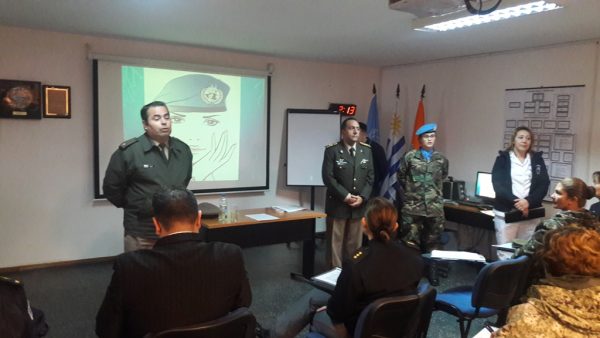 The course was integrated by 28 students, among which there were four foreign students belonging to the Argentinian Air Force, two from the Federative Republic of Brazil and the last one from the Republic of Chile.

This Seminar included a variety of instructors including staff from the National Army, civilians, highlighting the presence of Dr. Deborah Gibbons from the Naval Postgraduate School. By the Ministry of Interior, the Technical Sub-Director from the Gender Policy Division Ms. Cecilia Erhardt; from the Ministry of Defense Dr. Isabel Suarez; from the Minsitry of Education and Culture Mrs. Rosita Angelo. From UN Women Ms. Magdalena Furtado and from the Minstry of Foreign Affairs, the Genreal Director of Politicas Affairs Ambassador Enrique Loedel.

Also, the Seminar had the pressence of Mrs. Angelina Vunge, author of the book “Angelina- The footprints left by Angola”, who told her experience abuot Violence in Areas of Armed Conflict, which moved and sensitized all the presents. 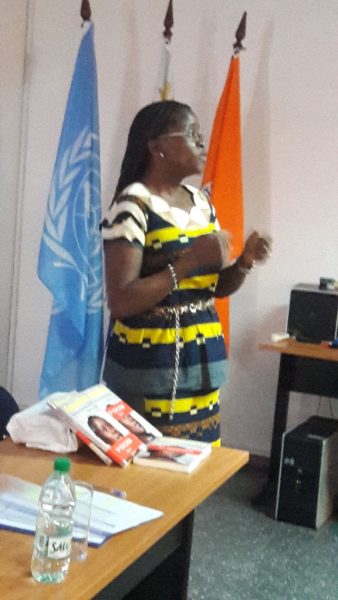 Also, as part of the Seminar a Conference was held in the Antechamber of the Senators Chamber with members of the Inter-Parliamentary Union and the Women´s Bicameral bench, at the Uruguayan Parliament. 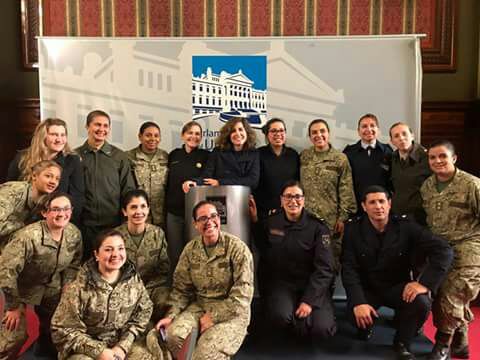 The topics developed in class were based on the: Implementation of Security Council Resolution N 1325, that was in charge of Mag. Maria del Rosario Rodriguez who spoke about gender inclusion in all areas of United Nations. Approaching subjects like women in peacekeeping mission areas, sexual violence issues and matters around gender, that involved the female population in the areas where those missions are taking place. 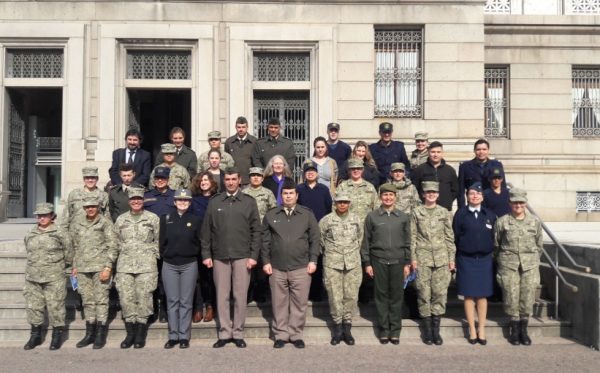 In this occasion, the Minister highlighted that in the most vulnerable areas, “the mere presence of the Uruguayan Flag and the Uruguayan woman, generates empathy, because the woman is the center of irradiation of Peace”. 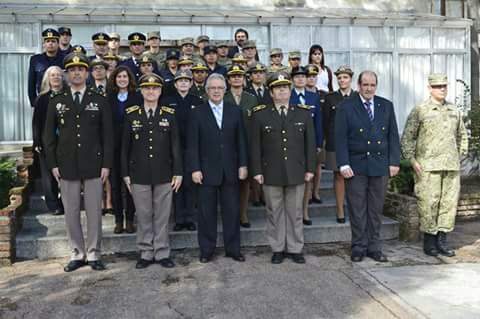 While the Coordinator of the Seminar, Capitan (Apy-Abg) Carina de los Santos left the following message: “Women for the single fact of being women are considered victims of conflicts and are not seen in other roles of society. The International Law recognizes that she can be part of the negotiation processes, be part of the decision-making positions and be present in Security and Defense Institutions. United Nations promotes these roles.”